Dont know, between 500 and 700 hk maybe. Now running at 22 psi and the truck runs really strong :), planning to run 30 psi soon, also going to take the truck to a dynotest and have it tuned by proffesionals

Lowered front and back, permanent 4WD

Crap and garbage, threw it out :)

Lowered front and back. Moroso batterybox mounted back on the bed of the truck. Black painted and clearcoated cladding

Going to run it in a dyno and have the car tuned by proffesionals, also run a couple of quartermile runs :). Bought new wallbro fuelpumps and alu rollerrockers from the US. With the new doublepumper setup i can run 750 hk+ with stock fuel lines, more if i change to larger fuel lines.

(The following excerpt is credited to Automobile Magazine, 1991) The GMC project, on the other hand, is far from a childish toy. The Syclone is a transformed Sonoma pickup (formerly called the S15) packed full of automotive goodies. PAS, a specialty-vehicle manufacturer, lends a hand in production. Under the hood, truly stuffed this time, is a turbocharged 4.3-liter V-6, modified by parts snatched right out of the Corvette bin.
The transmission is an electronic four-speed, again pilfered from the Corvette, center shift console and all. Power is sent through a full-time all-wheel-drive system. Syclone program manager Kim Nielsen, with a frightened me riding passenger, showed off his truck's muscle at Milan Dragway, south of Ann Arbor. in typical race fashion, Nielsen danced his feet on both pedals, pitting 280 horses against four straining brakes. The truck, poised to run, moaned as the drag strip's Christmas tree counted down to green. I think I muttered, "Jeez-zus," as we violently yanked away from the start line.
Tire spin was minimal. My jowls and stomach resisted the fierce acceleration. By the time we passed 60 mph, somewhere shy of five seconds, I had swallowed my gum and given serious thought to the fact that this could be dangerous.
A quarter-mile was sucked up in just over thirteen seconds, with us traveling at 100 plus. Yep, they claim it's faster than the ZR-1. True or not, it's the fastest dam pickup I've ever seen. The entire truck is lowered by about two inches, and the suspension is beefed up. Cornering is more like a Porsche's than a pickup's, although the ride is a bit jittery. Body roll is slight, and the steering is quite quick. The instrument panel, borrowed from the Pontiac Sunbird GT, is a vast improvement over original equipment.
Upgraded bolsters improve the seats, and the steering wheel is wrapped in leather. The Syclone comes fully loaded, bed cover and all--no surprise, considering its $25,500 base price. Production is limited to a maximum of sixty a day, and, according to Nielsen, "As long as people are buying, we will be building." Last September, a specially prepared Syclone reached 210.069 mph on the Bonneville Salt Flats, breaking two speed records set by the Buick Skyhawk in September 1989. The record-breaking Syclone LSR blew past the old mark of just over 199 mph in both the flying kilometer and the flying mile. It seems GM is serious about speed. Syclone, the baddest, meanest, most testosterone-pumped production pick up in the land! By Car & Driver and me of course! And yeah, it's still quicker than the SVT Lightning and the PVO SRT10 ;) 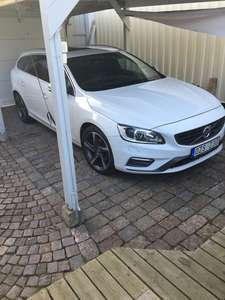