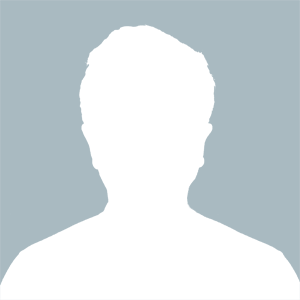 Description of the project and car in English.

General
The car was bought in a box in Autumn 1990, the renovation had been started by the previous owner, or more accurately he had partly dismantled it in various parts.
The car was dismantled down to the last detail, the body was glass-blasted together with other details such as engine, gearbox, rear-axle, etc, etc.

All parts were painted separately i.e. the body was completely stripped and was put on a special frame with wheels and then rolled in to the paint boot without any masking tape.

The running gear was either replaced or renovated; for example bearings, rubber lists and gaskets, brakes, hoses, complete overhauling of the engine, gearbox and rear-axle etc.

The interior received a new instrument panel, new leather on the front seats, new floor-mats, carpets and new headliner. New chrome-lists on the exterior and newly chromed fenders along with all other chrome details.

The renovation and the re-fitting of the car took place during the winter 91/92 and the car was ready for the road in the summer of 92. It was then used until the autumn of 99 where the project for the change of the engine motor to the 5 cyl. turbo unit was started, during spring 2001 the car was on the road again with the 5cyl engine.

A technical summary of the car is made on the last page.
Certain parts are marked with an * which indicates that further modifications have been made subsequently. These can be found at the end of the document

Change of engine
The engine conversion project was initially considered already in the middle of the 90ies, but the availability of the desired engine was limited, at least from an economically reasonable perspective.

The choice of engine and gearbox had to comply with a number of criteria:
 it had to be an original Volvo engine.
 it should fit without altering the engine compartment.
 have a potential for more than 300 hp.

In the following description there are a number of paragraphs with *, these indicates that further modifications have been made and are described in the section titled latest modifications

A complete, crashed, 850AWD LTT -97 with 50000 km on the clock was purchased and engine, gearbox, wiring and control-box was removed. The rest of the car was sold in pieces as spare-parts in order to also provide some finances for the project.

The engine was tested and considered to be fresh and without the need of renovation* at this stage.


Engine, engine mounts.
Since the engine had to be fitted longitudinal and not transversal as in the 850, the first challenge was to re-build an oil-pan from a Volvo 960. It was decided to shorten the oil-pan in order to adjust the size and form to fit against the front cross member. It was a rather time consuming job.

After having fixed the oil-pan and the gearbox everything was ready to be lifted into the car and start constructing the engine mounts. These were fabricated from 12 mm iron-plate and the original engine mounts and shock absorbers on the cross-member was used as an initial fixation point for the final positioning against the engine. The construction and adjustment was not difficult but it does take longer time than what one should think.

Cylinder head*
The cylinder head was left standard except that the camshaft on the exhaust side was changed to the version from the GLT which has a higher lift.

Intake and exhaust manifold
The intake manifold* was modified by shaving approx. 5 mm. off the packing side in order to ensure sufficient clearance between pipes and inner wheel fender.
The connection point/air inlet for the air control valve was moved to the other side of the air inlet pipe and was extended to make space for the alternator.
A new bracket for the alternator was also fabricated.

The exhaust manifold* was not modified except for a spacer of approx. 20 mm between the
Turbo and the manifold. Again, this was made to ensure sufficient space to the inner wheel fender.

Turbo
TDHL0418T*
To ensure the exhaust in the right direction it was necessary to turn the exhaust side of the Turbo up-side-down as well as twisting the air inlet side to get the right angle.

Cooling system
Original P1800 radiator is used with the only modification being that the top hose connection has been moved to provide a more aesthetic appearance towards the engine.

Inter-cooler
An inter-cooler in aluminum has been modified to fit the space between the radiator and the grill.

Air filter
The air filter is situated in the same place as the original P1800 filter but replaced with a more open KN filter.

Fuel system
The fuel system consist of a Bosch Pump, hoses and pipes are P1800 original.
Fuel injectors are from an R -type.

Engine control system, injection & ignition.
Motronic 4.4 chip-tuned with BSRs stage 3
Since the base engine was equipped with a light-pressure turbo it was necessary to change this and the injector nozzles from the beginning to meet the requirements for BSR stage 3.
Charge pressure with this modification is 1.25 bar which, according to BSR, should give 330 hp and 470 nm torque.
Full function on all sensors and transmitters, ODBII connection point for diagnosis.

Distributor
To avoid the need of modifying the engine compartment there was no other option but to remove the original mechanical distributor. This was replaced with a modified cam-shaft transmitter using a number of logic-boards and transistors to control an ignition- coil for each cylinder. The ignition-coils were taken from a Volvo 960. The engine had to be slightly modified for the ignition-coils to fit the holes for the spark-plugs.

Clutch*
The clutch is an original pressure plate and centre disc.

Drive shaft
The drive shaft is a shortened axle from a Volvo 240/260 which has been balanced and renovated.

Rear-axle
The rear-axle is a 1031 i.e. original P1800 late model except the gearing which has been changed to 3.15 as well as received a diff. brake of centrifugal type.
The spring controlling the speed at which it is engaged was tightened.
The sensors transmitting the speed to the control-box was modified with a number of logic-boards to ensure the correct speed was recorded.

Instruments
The gauges, such as the rev. counter received new internals to suit the data from the engine control-box. The oil temp. gauge was modified to instead display the turbo pressure.

All other instruments remain original and uses standard P1800 sensors installed on the new engine and gearbox.

Gear-box
A 5 speed Getrag gear-box from a Volvo 264, 75&76 was chosen as it is reasonably durable and fitted in this project. It is arguably not the best as the 5th gear is not an overdrive but has a gear ratio of 1:1 which leaves the engine revolutions unnecessary high.
The gear selector from the Getrag box was amended to suit the P1800 body.

Misc.
In addition to the above a number of other technical solutions has been made in regard to the installation of the sensors and transmitters for the Motronic system to ensure a smooth running engine.
Chassis

Brakes*
Original rear brakes, front brakes are ventilated discs and calipers from a Volvo 264.
New brackets for the front calipers was constructed.

Engine block
The engine block has been upgraded with new Verdi piston rod's and improved crankshaft ventilation. This was made after 3 standard piston rod's were bent when turbo pressure was 1.4 bar.

Cylinder head.
The cylinder head has been overhauled with all in-/outlet channels polished and adjusted to meet a possible future need if/when fitting modified cam-shafts.

This project has been fun and very inspiring and has received considerable attention from many different persons at various occasions. Theres obviously always many new ideas and modifications to be considered. Time will tell if they will materialize.


Quick reference of the modifications